“Throughout the COVID-19 pandemic, North American airports have continued to provide essential services to passengers, workers, and local communities while also ensuring their health and safety, and Lew has been at the forefront of guiding our industry during these challenge times,” said ACI-NA President and CEO Kevin M. Burke. “As we continue to respond to a rapidly evolving future for our industry, I have no doubt that Sam’s experience and leadership will help ACI-NA and all of our airports navigate the unique challenges we’ve encountered in recent years and keep our industry moving forward.”

“Our industry’s recovery is underway, but a clear path forward remains elusive as we continue to navigate the challenges presented by an ongoing pandemic,” said Samaddar. “But, our industry is proactive and resilient, so I am confident our brightest days are ahead.  I look forward to representing this innovative industry and working alongside my colleagues to advance key priorities over the next two years.”

“We are very proud to have Sam in this position as the first ever Tier 2 airport and only the second Canadian to be named Chair of ACI-NA. This is a huge accomplishment that showcases the leadership of YLW throughout the COVID-19 pandemic and ongoing industry recovery,” said Doug Gilchrist, Kelowna City Manager. ”Sam’s appointment will also help to highlight, not only the entire Okanagan region, but how YLW is an economic, business and tourism gateway to Western Canada and the USA.”

Additionally, Chellie Cameron, CEO of the Philadelphia International Airport, moved into the Vice Chair role and Lew Bleiweis, Executive Director of the Greater Asheville Regional Airport Authority will become the organization’s Immediate Past Chair. In addition to welcoming Samaddar, ACI-NA announced the election of several new Board members and Policy Council leadership.

ACI-NA Board of Directors
Bryant Francis, Director of Aviation for the Oakland International Airport; Cindy Nichol, Director of Airports for the Sacramento County Airport System; Jason Terreri, Executive Director for the Syracuse Regional Airport Authority; Patrick Wilson, President of the Metropolitan Knoxville Airport Authority; and Monica Newhouse-Rodriguez, MBA, Managing Principal at Newhouse and Associates, LLC, were all elected to the ACI-NA Board of Directors. 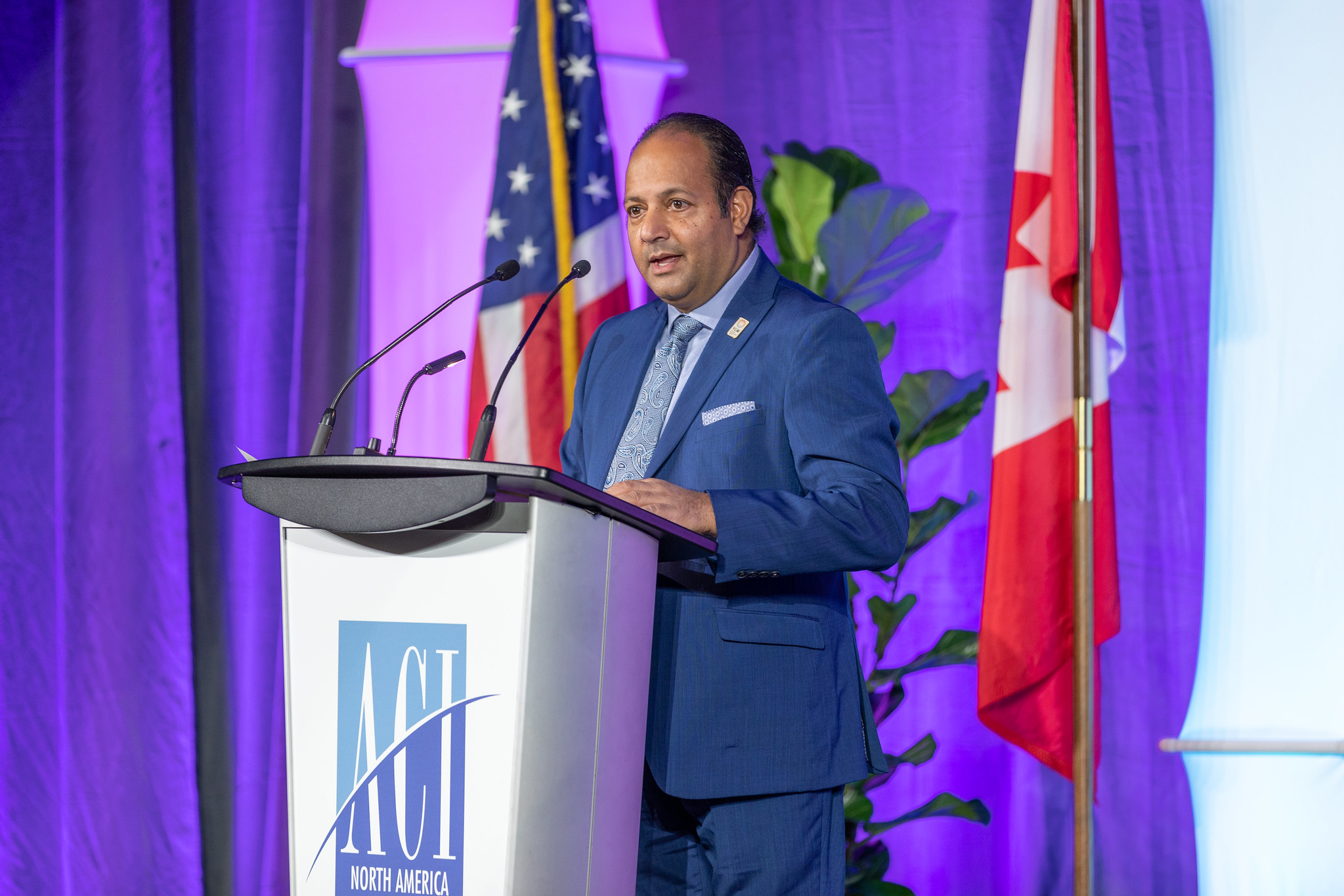