The Kelowna International Airport’s official history took off in 1946, when Kelowna residents voted  in favour of purchasing the 320-acre Dickson Ranch in Ellison for $20,000. The first flight took off from Ellison Field in fall of 1947. In 1949 was the grand opening terminal building, with a 3,000-foot-long grass airstrip and a variety of small aircraft.

During the 1950s, increasing demand for better service prompted the federal Department of Transport to help gravel the airstrip and pave the parking lot and aircraft parking apron. In 1958, Canadian Pacific Airlines introduced daily, scheduled DC-3 service to Vancouver, which enabled the City to initiate negotiations with the federal government for a longer, paved airstrip.

After buying the land needed for expansion, in 1960 the City extended and paved the runway to 5,350 feet and expanded the taxiway and apron. Then Mayor Dick Parkinson, an avid supporter of aviation and its economic benefits to the Okanagan, spearheaded the $312,000 upgrade.

Increasing aircraft and passenger movements during the early 1960s prompted local leaders to seek community support and funding for construction of a new Air Terminal Building at the south end of the runway. The original air traffic control tower was built on the flat deck of a truck.

The early 1970s marked the introduction of an air traffic control tower and an on-site weather office. In 1975, a Track Guidance Localizer was installed to reduce poor weather operating limits and improve flight reliability.

During the 1980s and early 1990s, more than $10 million was invested in upgrading the terminal building, runway and airline operating facilities. Increasing passenger and cargo volumes spawned growth in the airport’s commercial sector. New businesses located on airport property and helped establish Kelowna as a serious contender in the aviation industry.

By 1997, annual passenger volumes had risen to more than 800,000, making it one of the fastest-growing airports in North America. To prepare for anticipated volumes of one million by 2011, the City of Kelowna embarked on a $20-million expansion program in 1998. The terminal building was doubled in size to 76,000 square feet, parking was increased to more than 1,200 paved stalls, and airside facilities were expanded to accommodate additional aircraft. These upgrades tripled the number the passengers the airport can service from 150 to 450 per hour. The project was funded by a $5 Airport Improvement Fee charged departing passengers.

As we look to the future, YLW has put in place a phased approach for development projects, which was triggered by passenger traffic demand. Expect to see a lot of new changes over the upcoming years! 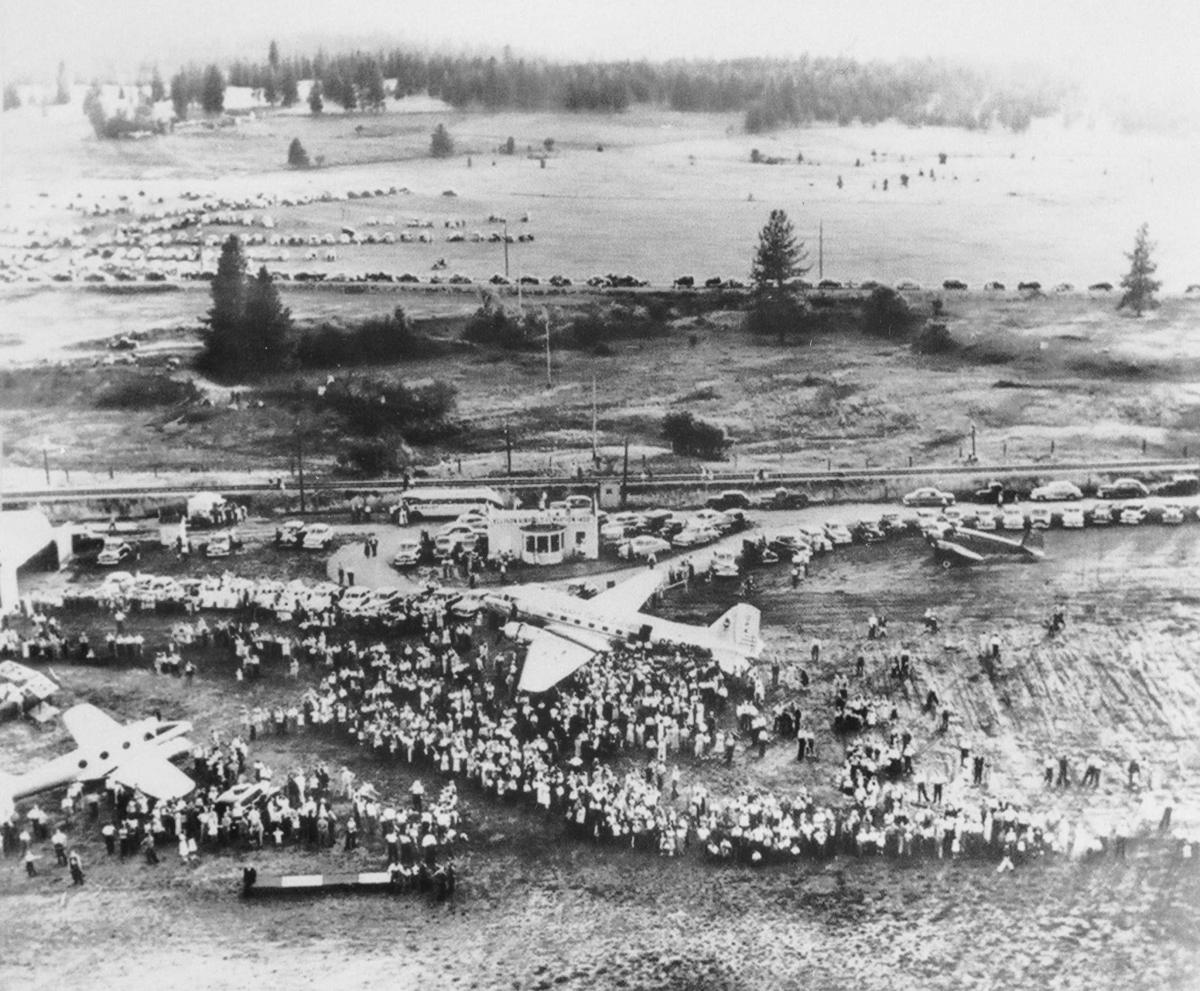