This year Kelowna International Airport (YLW) is celebrating its 75th Anniversary. To celebrate with the Okanagan community, YLW has invited the Canadian Forces Snowbirds to Kelowna. On Saturday, July 9 & Sunday, July 10 at 1 p.m., the Snowbirds will perform an air demonstration over Okanagan Lake.

“We have not seen Canada’s elite Canadian Forces pilots here for years, but they will be here to help us mark Kelowna International Airport’s 75th Anniversary,” says Kelowna Mayor Colin Basran. “This commitment to our city reflects YLW’s status as one of the top airports in Canada and our city’s history as an aviation pioneer and aerospace leader.”

The CF Snowbirds Air Demonstration will take place over Okanagan Lake north of the William R. Bennett Bridge. The best place to watch the Snowbirds performance will be along the waterfront from City Park to Waterfront Park. Those watching can also tune into 104.7 The Lizard to listen to live commentary on the program. For the safety of CF Snowbirds pilots, drones or aircraft are not permitted over Okanagan Lake or on surrounding parks and beaches during the performance.

“In 1946, Kelowna citizens voted in favour to purchase the 320-acre Dickson Ranch to establish an airport and have continued supporting YLW ever since,” says Sam Samaddar, Kelowna Airport Director. “YLW is excited to be able to celebrate this important milestone together with our community 75 years later.”

Following the CF Snowbirds Demonstration on Saturday, there will be a Wings n’ Wheels event at the new KF Centre for Excellence, located at YLW along Airport Way, 5800 Lapointe Drive, from 4 – 6 p.m. Attendees will have the opportunity to meet the CF Snowbirds and see the CT-114 Canadian Tutor up close. The Wings n’ Wheels event will also have food trucks, face painting, music and a car show presented by August Motors and the Vintage Car Club of Canada – Okanagan Chapter.

There are many different ways to get to the Wings n’ Wheels event at the KF Centre for Excellence:

YLW thanks KF Aerospace, Pattison Media and August Motor Cars for helping to bring the Snowbirds to Kelowna in celebration of YLW’s 75th Anniversary. 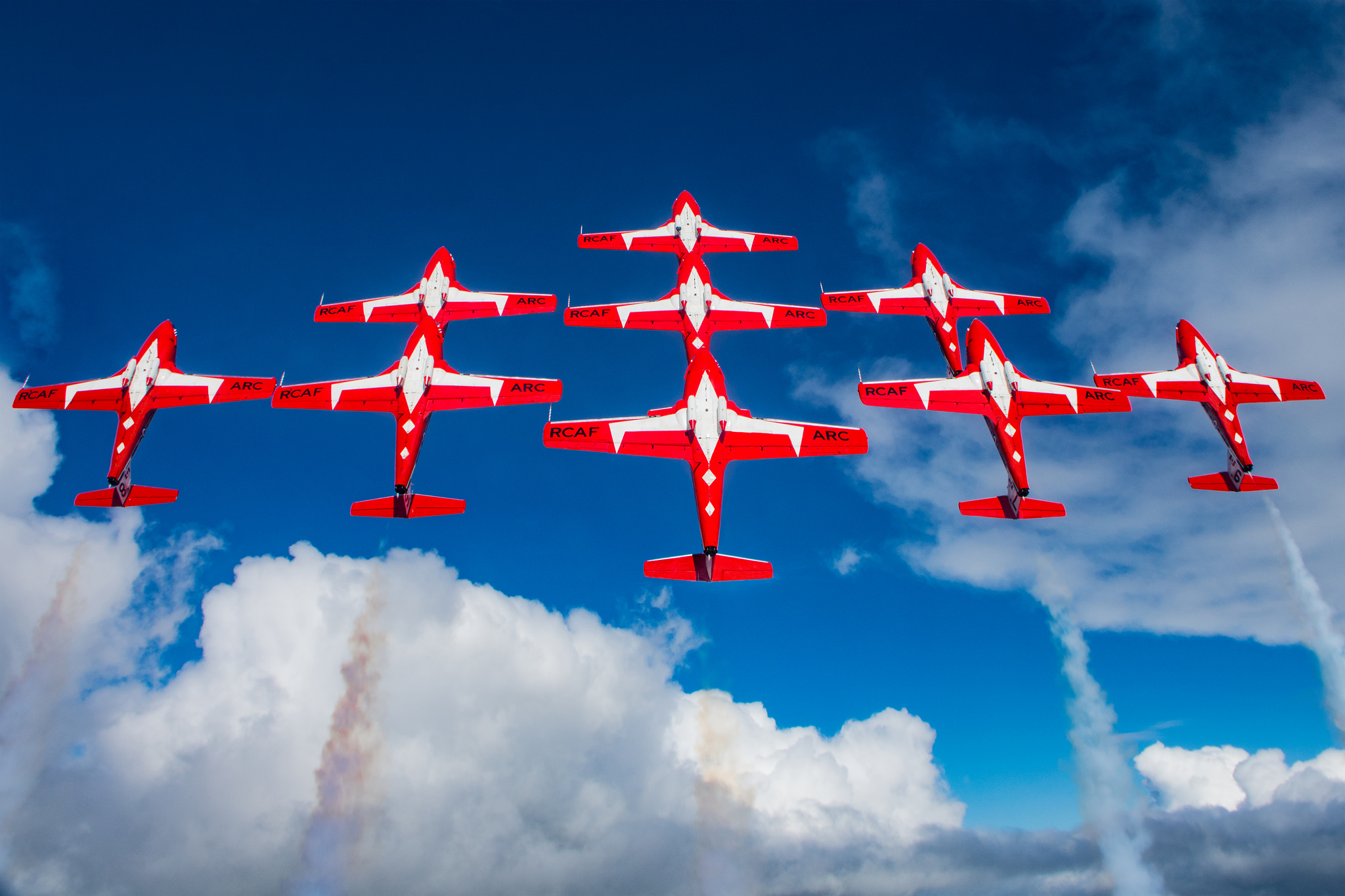